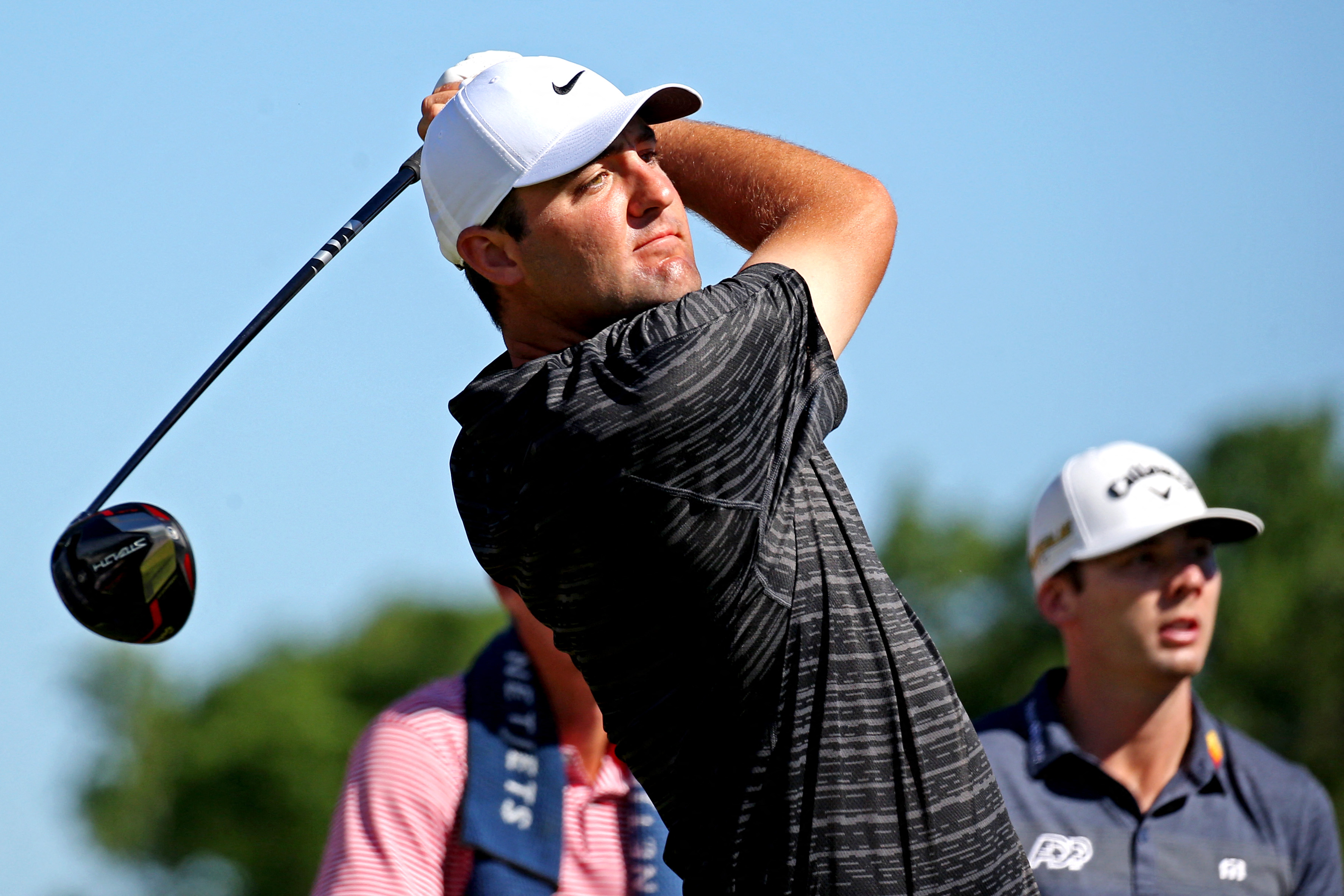 Jun 14, 2022; Brookline, Massachusetts, USA; Scottie Scheffler plays his shot from the fourth tee during a practice round of the U.S. Open golf tournament at The Country Club. Mandatory Credit: Peter Casey-USA TODAY Sports

BROOKLINE, Mass., June 14 (Reuters) - World number one Scottie Scheffler said learning from failure was an essential part of his strategy, as he looks to build on a blockbuster year at the U.S. Open this week in Brookline, Massachusetts.

The 25-year-old American missed the cut at the PGA Championship last month, the first time he's failed to advance past the second round at a major since 2019, but said he's already shaken off the disappointment.

"You can learn anything from that kind of, you know, just really failure," he told reporters at the Country Club on Tuesday.

"I'm not going to sit there and be, 'Like, oh, my gosh, how did this happen? How could I ever miss a cut? What's going on?' (I'm) just sitting back and looking, 'Well, I could have approached this differently'."

Scheffler has not had to deal with many failures this year.

He won the WM Phoenix Open in February and picked up two more PGA Tour titles in March, before clinching his maiden major at the Masters in April.

While his successes have come at breakneck speed, Scheffler said his approach to the game was anything but.

"I find a lot of guys really try to make these quantum leaps where it's, like, 'I'm going to make this swing change, and it's going to totally change my game,'" he said.

"I always try to get a little bit incrementally better over time versus making these kind of drastic changes."

The Country Club course, with its robust rough, presents difficult challenges for even the most unflappable competitors. Scheffler pointed to hole 15 - a long par 4 with a deep green - as being particularly challenging.

Still, he seemed ready to take any hiccups on the course in his stride.

"Don't take you yourself too seriously because you're going to hit really, really bad shots," he said.

"It's not all about hitting perfect golf shots. It's about managing your misses and responding to those."