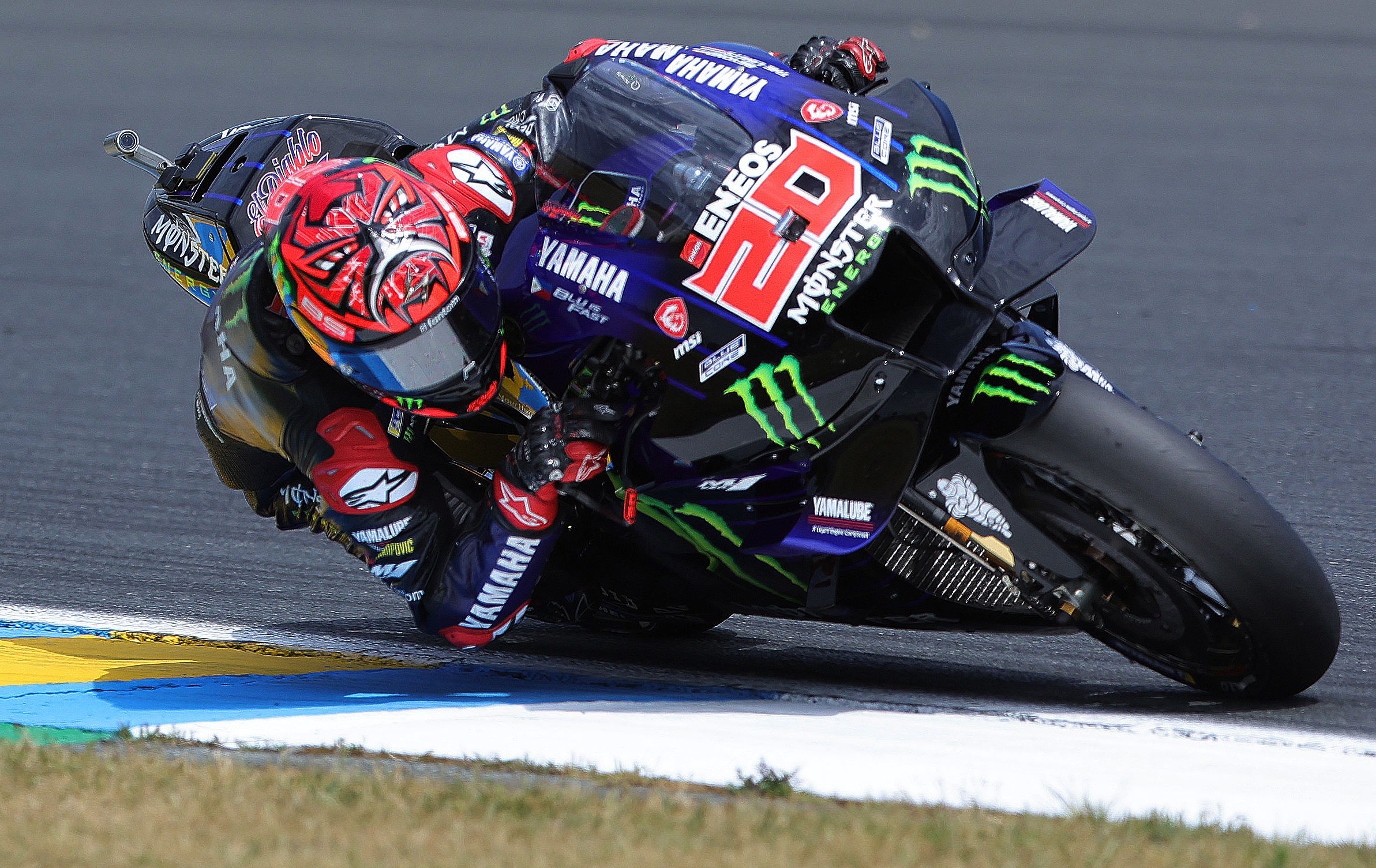 June 2 (Reuters) - Reigning world champion Fabio Quartararo will remain with Yamaha until the end of 2024, the MotoGP team announced on Thursday, bringing an end to months of speculation over his future.

Quartararo, who currently leads the drivers' championship by eight points, was rumoured to be in talks with other MotoGP manufacturers.

"Yamaha believed in me from the very beginning, and that is something I do not take lightly," Quartararo said.

"But that being said, this new agreement was a big decision. I'm at a great point in my career, so I took a bit more time taking this decision to be sure."

The 23-year-old, who won six races and bagged 14 podiums with Yahama in the 2021 season and in 2022 so far, became the first Frenchman to win the MotoGP world championship last year.

"I believe in the Yamaha MotoGP project, and I feel Yamaha are truly motivated," Quartararo added. "And now that we have officially confirmed our decision to continue on this path together, we can fully focus on the current season."

Reporting by Manasi Pathak in Bengaluru Editing by Toby Davis