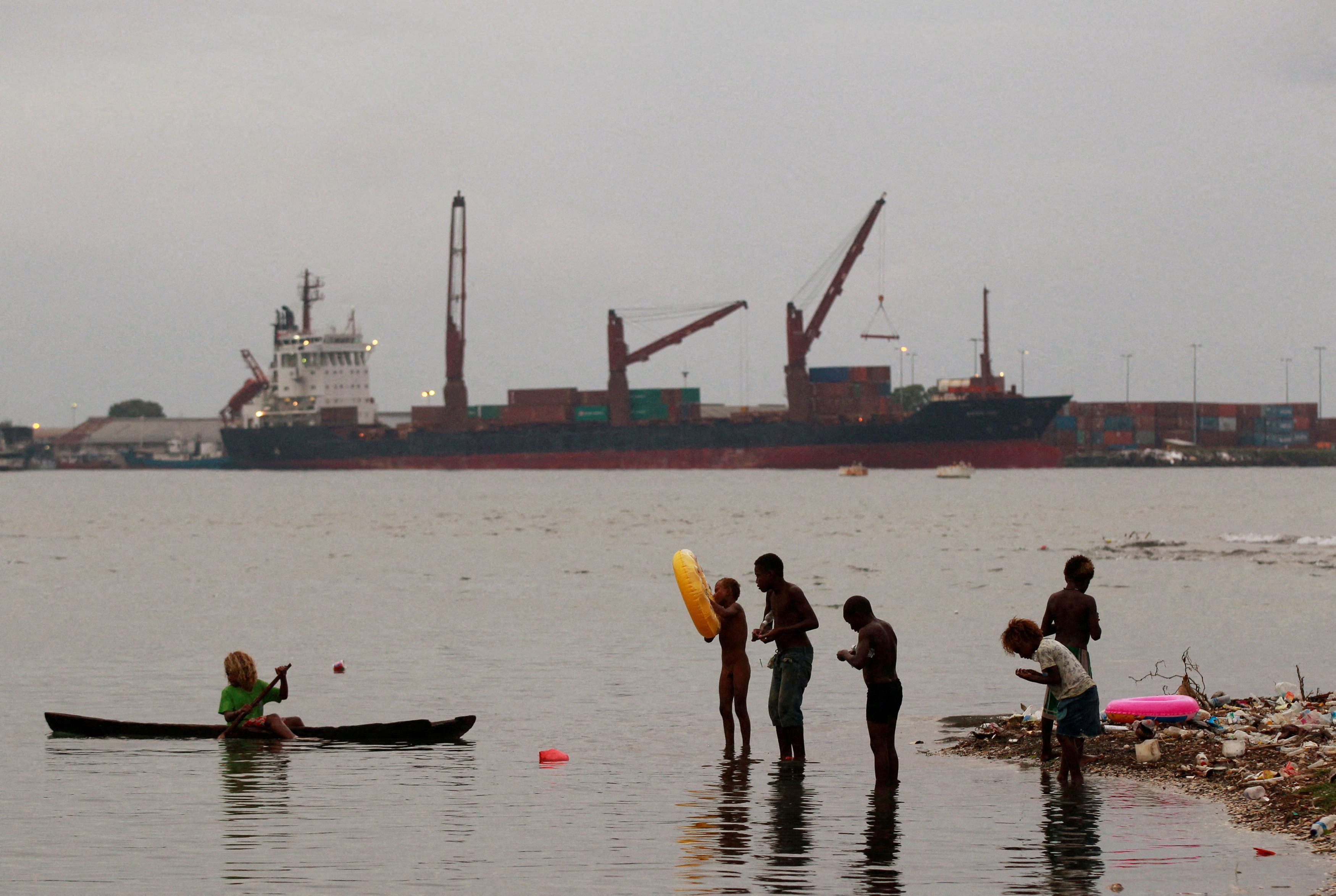 Children fish at a beach in central Honiara, the capital of the Solomon Islands, on September 14, 2012.. REUTERS/Daniel Munoz/File Photo

WELLINGTON, June 14 (Reuters) - The World Bank said on Tuesday that it had approved a fisheries project in the Solomon Islands, its third new project announced for the Pacific country in as many weeks.

The $13.5 million project will strengthen regional fisheries management to better protect it from illegal fishing, according to the World Bank. It is one of four projects worth in total $130 million that is part of the World Bank's historic increase in support to the Solomon Islands.

Stephen Ndegwa, the World Bank's country director for Papua New Guinea and the Pacific Islands told Reuters last week that the boost in funding was a culmination of several years of engagement supporting the Solomon Island's development.

Ndegwa said the World Bank expected to announce 40 new projects in the Pacific this financial year worth more than $1 billion.