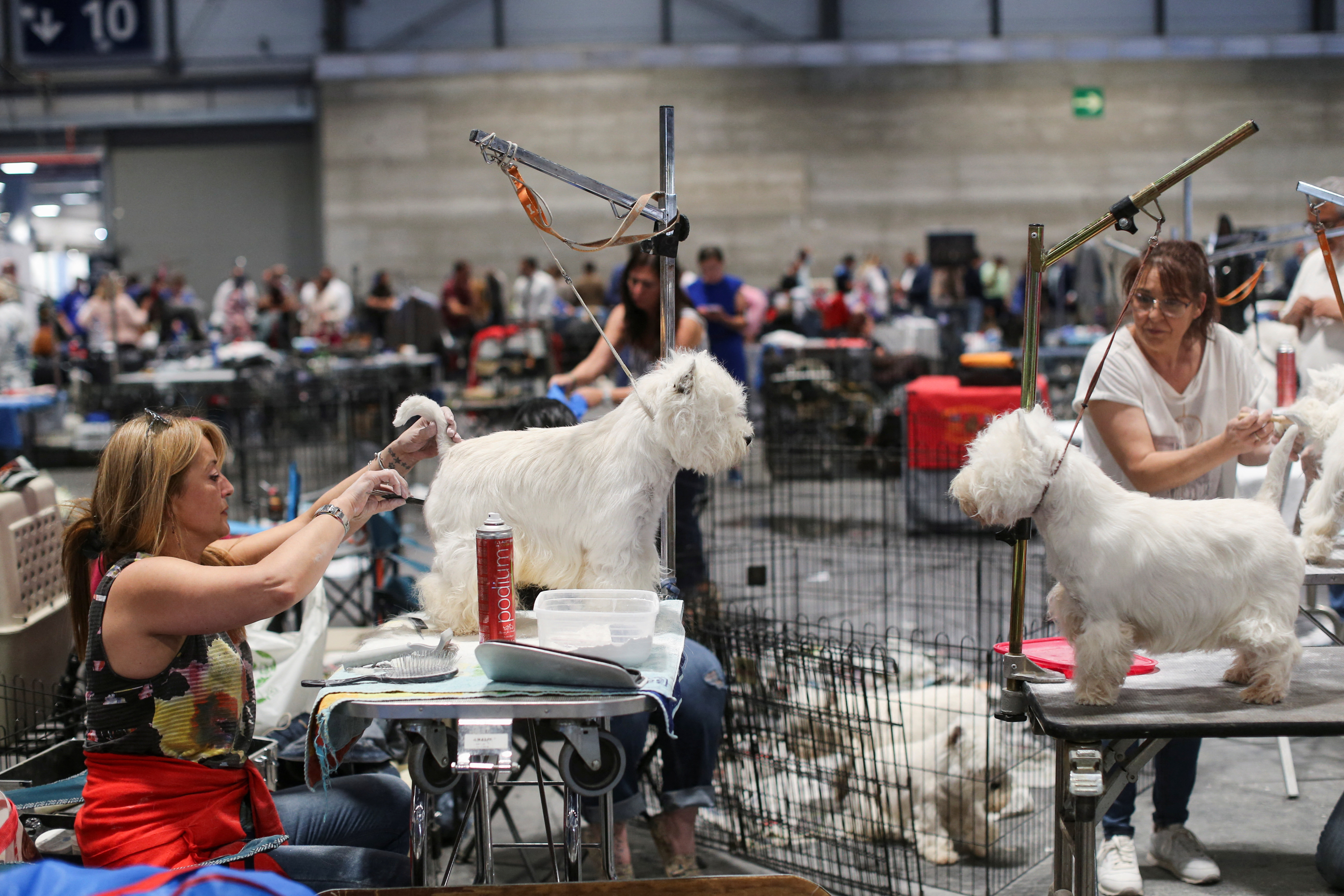 LONDON, June 23 (Reuters) - From small Dachshunds to huge Mastiffs, over 15,000 purebred dogs from dozens of countries barked and preened in Madrid on Thursday, vying for awards at the World Dog Show two years after the event was postponed in 2020 due to the pandemic.

Giving Lola - a giant black poodle - finishing touches, Spanish dog groomer Roberto Garcia said the most important thing for his charge was for her to be happy and cared for.

"Yesterday she had a spa bath, they live like kings," he said.

The show features breeds as popular as Teckels, also known as Dachshunds, like the one a Ukrainian brought to the competition, along with tiny Ukrainian flags.

"We are happy to be here at this exhibition, which is very prestigious all over the world and where people come from all countries. And we have overcome very hard difficulties to come here," the owner, who gave her name only as Marlene, said.

A Standard Poodle dog is pictured at the 2022 World Dog Show, where more than 15 thousand dogs from all around the globe are expected to attend, at IFEMA conference center in Madrid, Spain June 23, 2022. REUTERS/Isabel Infantes

Marlene, who said she was from the port city of Odesa, asked for peace for her country which has been at war since Russia's Feb. 24 invasion, which the Kremlin describes as a "special military operation".

The event counts 250 of the almost 400 breeds recognised by the International Canine Federation and will see the dogs battle across 70 rings until Sunday.

Dutchman Philippe Maier, who travelled two days by car to get to the competition, beamed at his dog's first award. "He did what he usually does, winning,” he said.

The public also enjoyed rare breeds such as the Peruvian hairless dog.

This is the third time that Spain has hosted the contest following the Valencia show in 1992 and Madrid in 1983. This year there will be two World Dog Shows, including the current one in Madrid and one in Brazil in December.