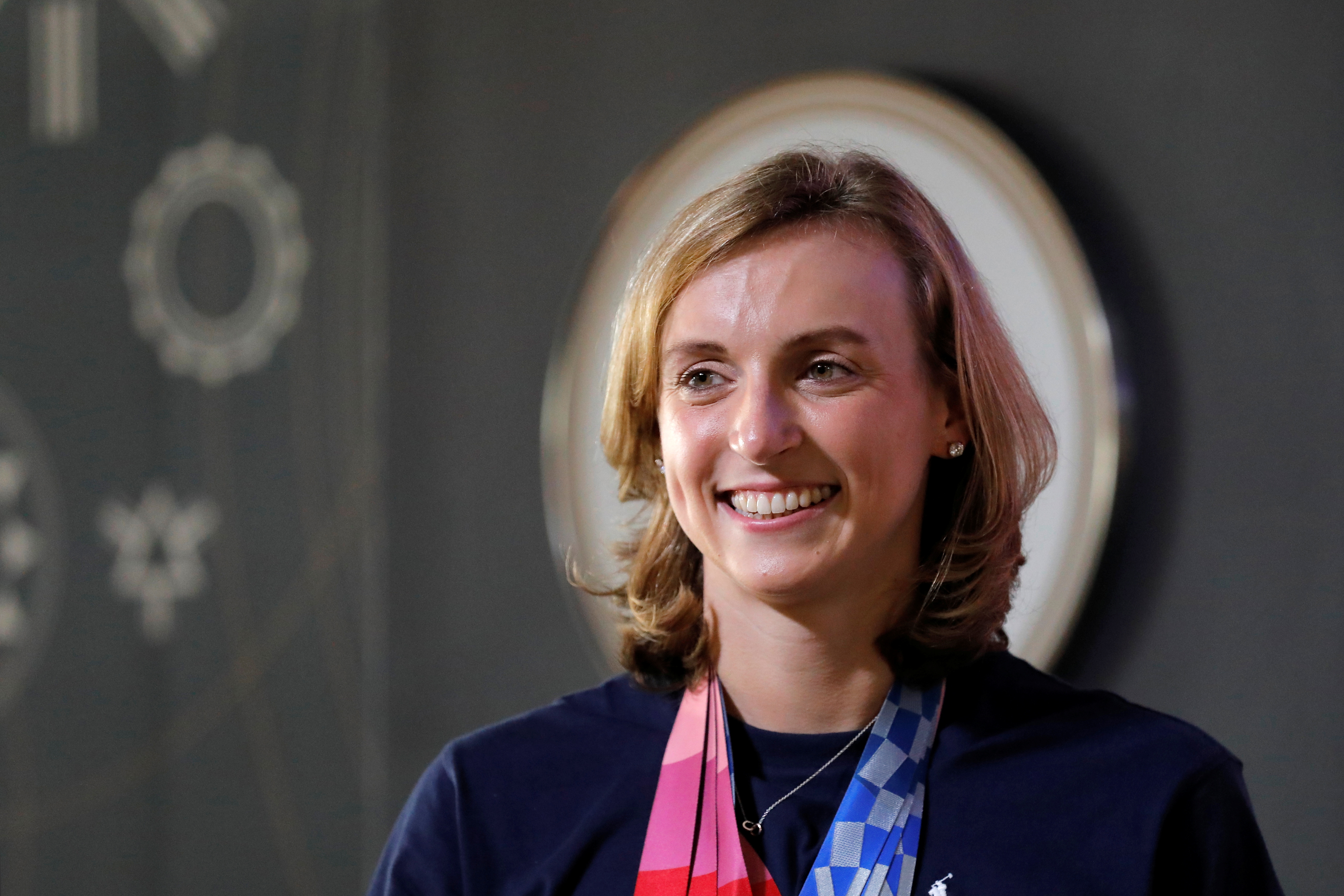 Titmus, whose rivalry with Ledecky lit up the Tokyo Olympics last year, said she still saw the American as the greatest female swimmer of all time.

"I can't put myself up next to her. What she has done for female swimming has been insane. She's been at this level for 10 years," Titmus told Australian media.

"To be in the conversation with her, I feel completely honoured.

"I hope now this is going to keep the battle going - give her some drive, hopefully, we can see how much faster we can keep going."

World champion Titmus edged Ledecky by less than a second for the 400 gold medal at Tokyo but the American turned the tables to win the 800, finishing 1.26 seconds quicker than runner-up Titmus.

Fast becoming one of Australia's greatest swimmers, Titmus said she felt the world record was there for the taking but did not focus on it in Adelaide.

"I thought that if I went out there and did the best race I could with how I'm feeling, the world record was definitely within my reach," said Titmus, who also won the 200 freestyle gold at Tokyo.

She is skipping the world championships in Budapest next month to focus on the July-August Commonwealth Games in Birmingham.

Reporting by Ian Ransom in Melbourne; Editing by Peter Rutherford