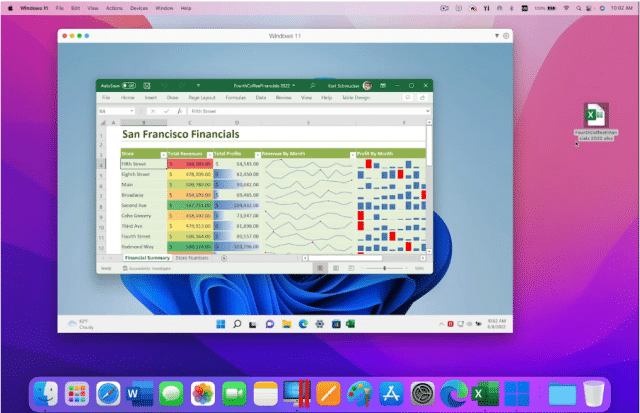 It’s that time of year again when a major new version of Parallels Desktop hits the stores with the promise of improved compatibility and performance. This time around, Parallels Desktop 18.0 promises to maximize the use of Apple’s M1 Ultra chip with the potential to deliver up to 96 percent faster Windows 11 VMs on a Mac Studio.

In addition to unlocking the extra power of the M1 Ultra chip -- which will allow users to assign additional resources to their virtual machines to deliver those performance improvements, Parallels Desktop 18 also promises full support for Apple’s ProMotion display, allowing for automatic refresh rate changes.

Apple’s recent switch to ARM-based chips initially created issues with compatibility with Windows 11, so version 18 also ships with the promise of better functionality with Intel (x86) applications, with a specific focus on saving and reading files on the Mac drive.

Other improvements include the ability to automatically share Xbox and DualShock Bluetooth game controllers between Windows and Linux VMs, and improved USB 3.0 to better support live data streaming devices.

As always, the new build is also optimized for the upcoming macOS Ventura release -- although the existing version 17 should update to support the newer build, only Parallels Desktop 18 will take full advantage to support new features and maximize performance.

Those upgrading to Parallels Desktop 18 Pro also benefit from some M1-specific improvements, including a network conditioner for virtual Macs along with an option to isolate the VM network from the Mac for security purposes. For full details, see Corel’s press release.