Marianne Steiner, Refugee Who Found a New Life in New York, Dies at 101 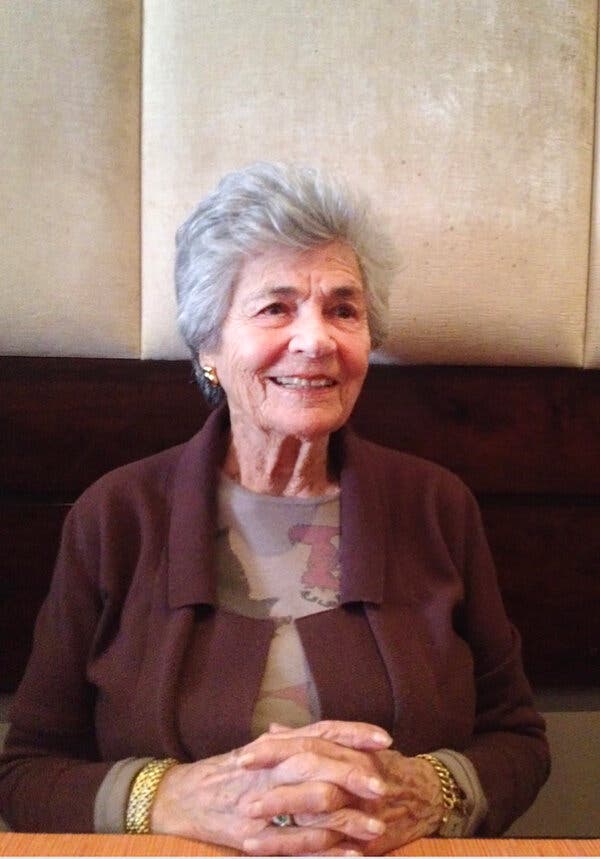 . She died of Covid-19. Marianne Steiner, whose family escaped the Nazis in Germany, was a benefactor of the Leo Baeck Institute, a research library devoted to German-Jewish history. Credit... via Steiner family Published March 25, 2021 Updated April 5, 2021 This obituary is part of a series about people who have died in the coronavirus pandemic. Read about others here . Every day, Marianne Steiner wore the same black dress to her job tending window displays at Saks Fifth Avenue, but with one element altered: a different collar or cuffs, or a new decorative flourish from a scarf or brooch. She didn’t want her colleagues to know that she owned only one dress. It was the eve of World War II, and Ms. Steiner and her family were Jewish refugees from Germany. From that brush with poverty, Ms. Steiner would find herself vaulted in later years to a Fifth Avenue apartment and a Hamptons beach house of her own. The penny-pinching shopgirl often returned to Saks, but now as a customer. Ms. Steiner died on Feb. 26 at a hospital in Manhattan. She was 101. Her grandson Keenan Steiner said the cause was complications of Covid-19. Marianne Esberg was born on Oct. 15, 1919, in Braunschweig, Germany. Her mother, Hilda (Eisenstein) Esberg, was a homemaker, and her father, Ernst, worked with his two brothers raising horses and cattle and selling them across Europe. They lived on a large estate with servants in Wolfenbüttel, a rural area near Braunschweig. Your Coronavirus Tracker: We’ll send you the latest data for places you care about each day. In 1933, as the Nazis gained power, Marianne’s family found her a safe haven at a Catholic school in Ghent, Belgium. She went to chapel with her classmates at 6 a.m., but as she knelt alongside them, she’d read a prayer book of her own. It was a purple leather volume of Jewish prayers with “Marianne” stitched on the cover, made by her grandmother. After Nazi officials showed up at their home in 1938, the family fled to New York in October, just a month before Kristallnacht. The same grandmother who had made Marianne’s prayer book was interned in the Theresienstadt concentration camp, where she died. In New York, Marianne’s family lived in an apartment on Riverside Drive in Manhattan and rented out one of its rooms to help make ends meet. One day in 1941, a young Austrian Jewish émigré, Paul Steiner, who hoped to enter the publishing business, came to visit to ask about the room. Marianne happened to walk by him in the hallway. The moment she reached the salon, she announced that she would break off her current engagement and marry the would-be boarder. Her prediction came true a few months later, in February 1942. Mr. Steiner went on to found Chanticleer Press, which specialized in illustrated coffee table books. As her husband rose to commercial heights rare for independent publishers, Ms. Steiner helped him schmooze with clients and colleagues, often with impeccable dinner parties. The Steiners lived a life of comfort, acquiring a bungalow on Bridgehampton beach, an apartment overlooking Central Park, the habit of making an annual retreat to a Swiss spa, and a growing art collection. Ms. Steiner was also a benefactor of the Leo Baeck Institute, a research library devoted to German-Jewish history. Mr. Steiner died in 1996. In addition to her grandson, Ms. Steiner is survived by a son, Tom; two other grandchildren; and two great-grandchildren. Over time, Ms. Steiner opened up to those descendants about her past. “In life, people could be coming for you, you could be kidnapped,” she told her family on her 100th birthday. “Just to be is exciting for me, still. Even here, lying down on the couch, I’m happy because I’m here.” We use cookies and similar methods to recognize visitors and remember their preferences. We also use them to measure ad campaign effectiveness, target ads and analyze site traffic. To learn more about these methods, including how to disable them, view our Cookie Policy. Starting on July 20, 2020 we will show you ads we think are relevant to your interests, based on the kinds of content you access in our Services. You can object. For more info, see our privacy policy. By tapping ‘accept,’ you consent to the use of these methods by us and third parties. You can always change your tracker preferences by visiting our Cookie Policy. Something went wrong. Please try again later.