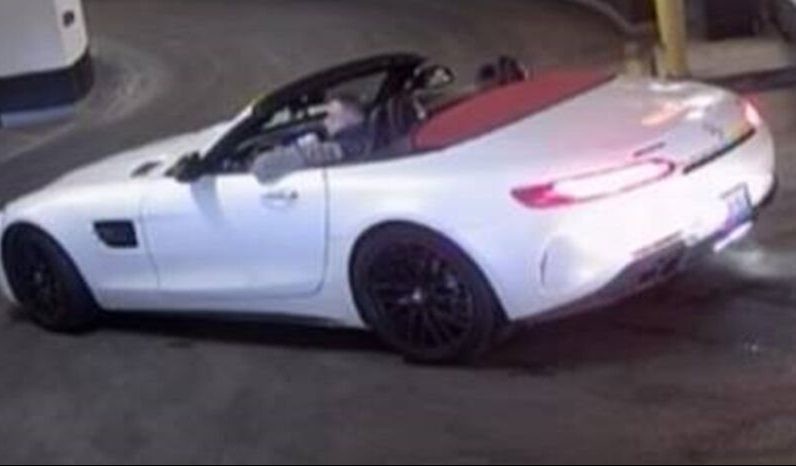 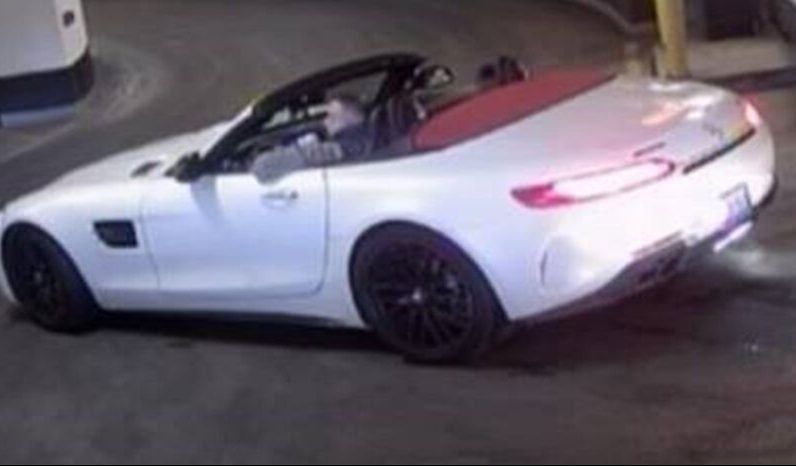 Know the driver? Know the car? Cops are looking for him in a hit-and-run that left a woman in critical condition. Photo by HANDOUT /TPS

Police officers are hunting the hit-and-run driver of a luxury Mercedes-Benz sports car that killed a pedestrian.

This advertisement has not loaded yet, but your article continues below.

Earlier, police released photos of the luxe-loving driver and his posh vehicle hoping the public will recognize the car or the driver.

According to Toronto Police, the incident happened around 3:15 a.m. on Thursday, near Spadina Ave. and King St. W.

The driver of the car was reportedly traveling at a high rate of speed when he slammed into the 30-year-old female pedestrian. He stopped briefly and then fled the scene.

The victim was taken to a trauma centre. Police have not released the woman’s identity.

Sgt. Murray Campbell told reporters at the time of the crash that the suspected hit-and-run driver “knew exactly what happened” but, instead of stopping to help, fled the area.

Police said the light-colored convertible sports car would have noticeable damage to its front end. The suspect vehicle was described as “a white, 2019, or newer, Mercedes AMG GT convertible with a red interior and convertible top.”

At the time of the hit-and-run, the roof of the car was down, making the driver visible. Police said the man has dark hair.

In the press release, police issued stark advice: “Officers would also encourage the man to contact a lawyer and to come forward to police.”

From our newsroom to your inbox at noon, the latest headlines, stories, opinion and photos from the Toronto Sun.