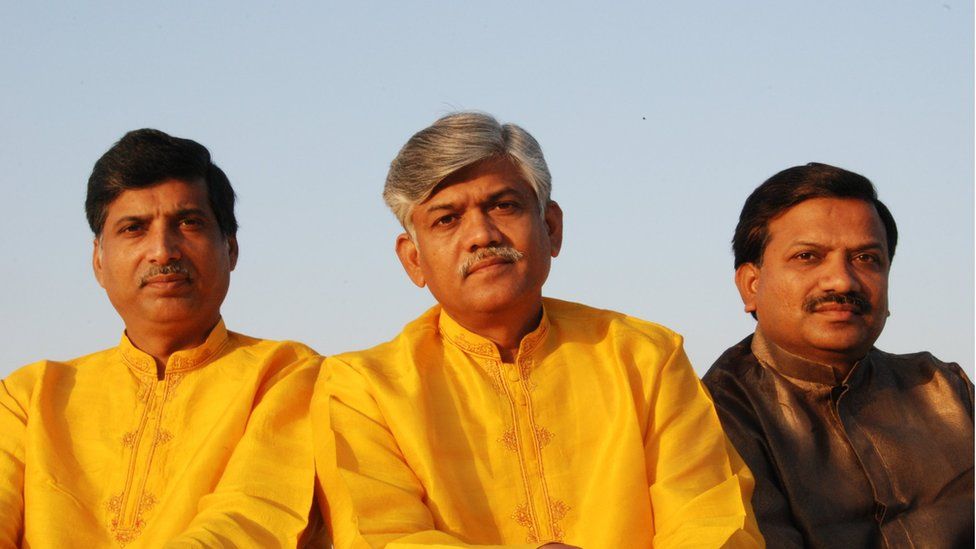 By Nikhil Inamdar and Pooja Agarwal BBC News, Mumbai image copyrightFacebook/ Gundecha Brothers image captionThree famous classical musicians, the Gundechas, have been accused of sexual harassment Her discomfort and nervousness is palpable, even across the Zoom screen

. Monica's name has been changed to protect her identity because she fears reprisal. But she is keen to share her story. She alleges that she was raped by the late Ramakant Gundecha, a famous classical Indian musician, while she was a student at his school, Dhrupad Sansthan, in the central Indian state of Madhya Pradesh. Gundecha died in November 2019 but he and his brothers, Umakant and Akhilesh, have since been accused of sexual harassment and assault by female students of the music school. Over the course of a three-month investigation, the BBC has heard multiple allegations against all three Gundecha brothers. Umakant and Akhilesh deny the allegations. Ramakant was and Umakant still is a famous exponent of Dhrupad, one of the oldest genres of Hindustani music, while Akhilesh is a percussionist. In 2012, Ramakant and Umakant received the Padma Shri, India's fourth-highest civilian award for their contribution to music. Dhrupad Sansthan, the prestigious school they founded and taught at, has attracted hundreds of students, foreign and Indian, from across the globe. It claims to have accreditation from Unesco's Intangible Cultural Heritage Committee. But the Unesco told the BBC that it had no links to the school and said it will be sending a 'cease and desist' notice demanding the withdrawal of such claims. image copyrightDerek Ecklund image captionDhrupad Sansthan has drawn students from across the world The allegations against the brothers have sent shockwaves through the classical music world, where they enjoy fame and status. The allegations have also shone a spotlight on an ancient tradition, the guru-shishya parampara - an informal contract by which the student is usually expected to completely surrender to the will of the teacher. Allegations against the the three brothers range from sharing flirtatious and sexually suggestive messages to exposing themselves during class to molestation and, in the case of Ramakant, even rape. Monica said she was in her first week at the school when she began receiving inappropriate WhatsApp messages from Ramakant. She alleged that one evening he drove her to a dark car park and molested her in the backseat of his car. 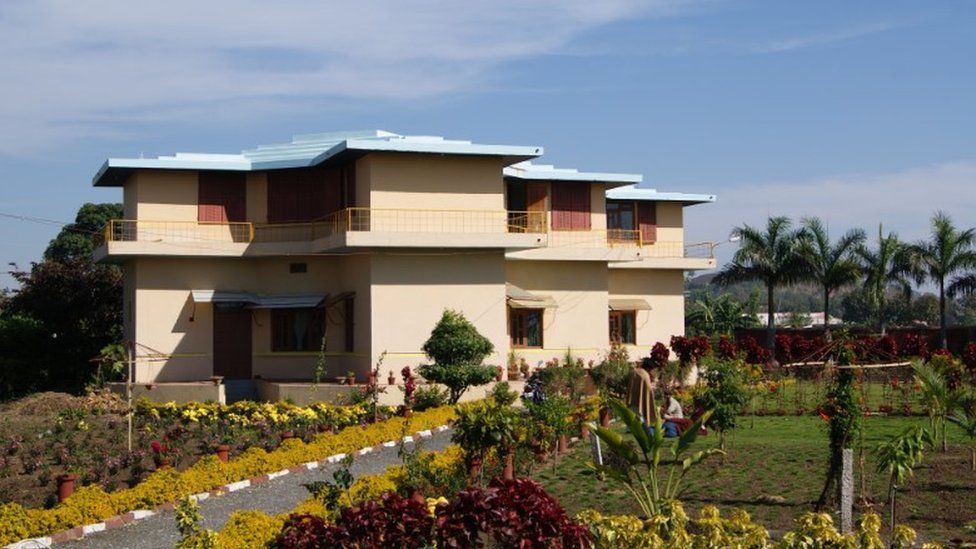 "He started kissing me

. I pushed him away but he kept trying," she said. "He touched my body and tried to unclothe me. At that time, I realised I was not moving. I was like a stone. At one point he realised that I was not responding. So he asked me, should I drop you back at the school? But I couldn't even reply." Monica said she wanted to erase the memory of the incident. She didn't leave the school immediately because she loved the music and was keen to pursue it further. She had left her job and invested all her money to study at the school. But then three months later, she alleged, Ramakant raped her. "[He] entered the room, pulled my pants off and forcefully had sex with me. And when he had finished he just left. I went to the door and bolted it. And for three days, I didn't eat," she said. Sarah, another student at the school, whose name has also been changed, told the BBC that she was molested by Akhilesh Gundecha. "I got sick when I was there and was hospitalised," she said. 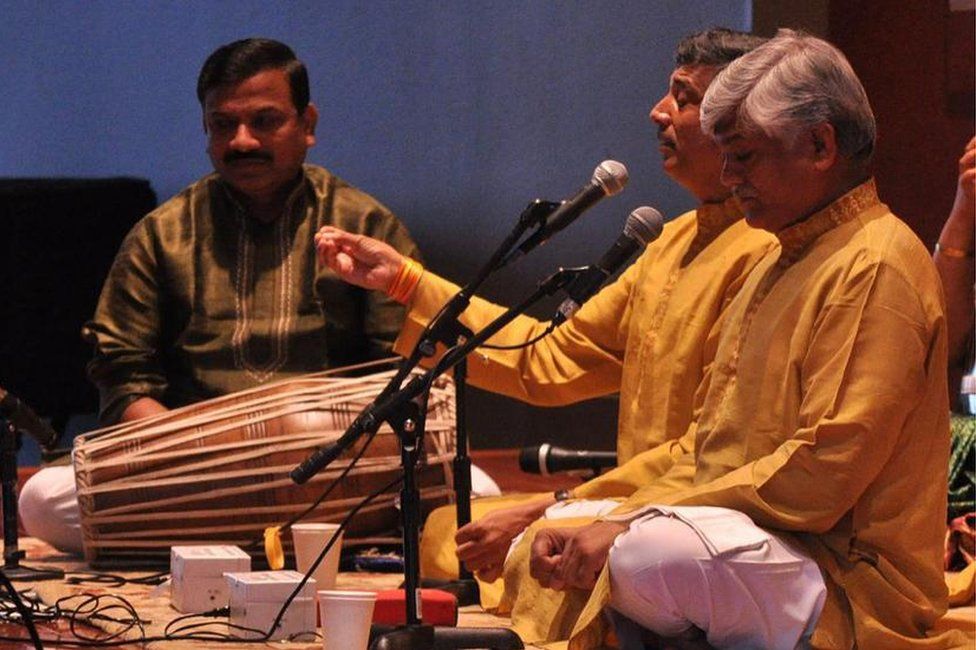 "Akhilesh came to take me back to the school

. He sat next to me in the car and started touching my hands. I pulled them away. It felt very strange." In total, five women told the BBC they had witnessed abuse and harassment on the Dhrupad Sansthan campus. Some said that when they rebuffed sexual advances from Ramakant Gundecha, he lost interest in teaching them. They also alleged that if a student complained, she was often publicly humiliated in class. Rachel Fairbanks, a primary school teacher who now lives in Seattle, said the abuse began on her first day at the school in March 2017. She alleged that she was cornered by a campus driver who'd come to drop off her luggage in her room. "I thought he was going to hurt me. So I asked Ramakant to step in," she said. But instead of helping, she alleged, he began molesting her. She accused him of attempting to kiss her and repeatedly texting her, professing his love. On one occasion, she alleged, he drove her outside the campus to an abandoned field late at night, pulled her pants down and touched her vagina. "I pushed him off. He drove me back to a small town, which is right outside of the school," she said. "And then I had to walk back in the dark through the town and through the fields, back to the school. 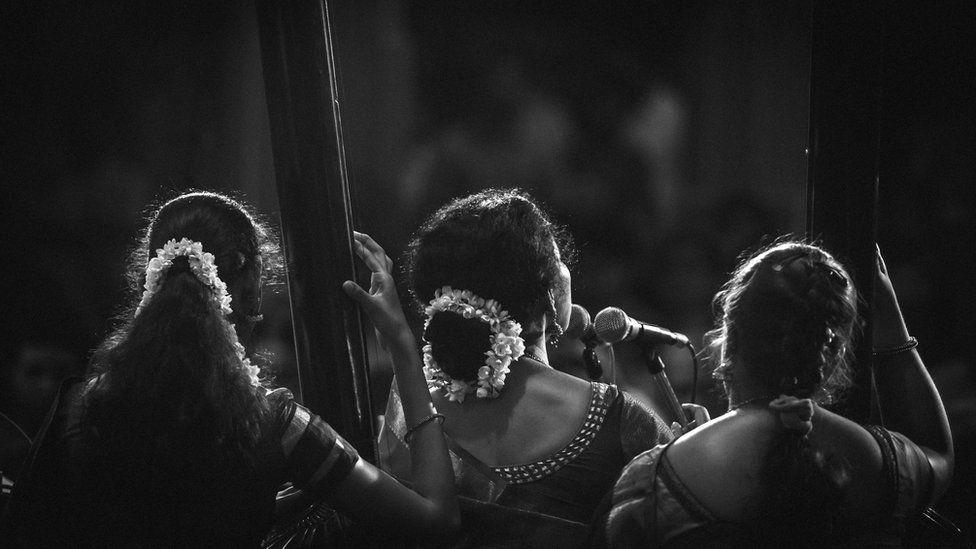 I left the school soon after that happened

. I couldn't even sit in Ramakant's presence anymore." image captionThe Gundechas are famous exponents of the Dhrupad style Rachel, who didn't want to remain anonymous, said she had found the strength to speak up now, several years later, only after similar allegations came to light in a Facebook post shared by a group called 'Dhrupad Family Europe' in September 2020. Through their lawyers, both Akhilesh and Umakant Gundecha denied all of these allegations, stating that "vested interests" from outside the student community were trying to "further their agenda of causing damage to the art and reputation of the Gundecha Brothers and Dhrupad Sansthan". But the charges are also being investigated by an internal complaints committee over the last four months. Indian law mandates every institution to set up a panel to address complaints of sexual harassment or assault. Students say the committee at Dhrupad Sansthan was formed only after they put pressure on the school. Former students, who are part of a support group for the survivors, have also alleged that they have received threats on multiple occasions for speaking out in support. Survivors are bound by law not to disclose the results of the investigation. Although this is the first time #MeToo movement has touched the world of Hindustani classical music, many say this reckoning was overdue. image copyrightGetty Images image captionMany classical musicians say the teaching methods make women more vulnerable to abuse While many classical musicians say retaining the rigours of the teacher-student relationship is fundamental to learning the ancient form, several others told the BBC that there was still a need to recognise that it's an easy vehicle for exploitation. "The guru (teacher) expects complete submission, complete subservience from the student," said Neela Bhagwat, a 79-year-old vocalist. "If it's a male student the surrender is less. If it's a female student, the surrender is more. I think this makes female students very vulnerable," she said. Bhagwat said she often composed her own lyrics because of the inherent misogyny in traditional compositions. TM Krishna, a famous classical musician of the Carnatic form, has gone to the extent of suggesting that the guru-shishya tradition be demolished entirely. 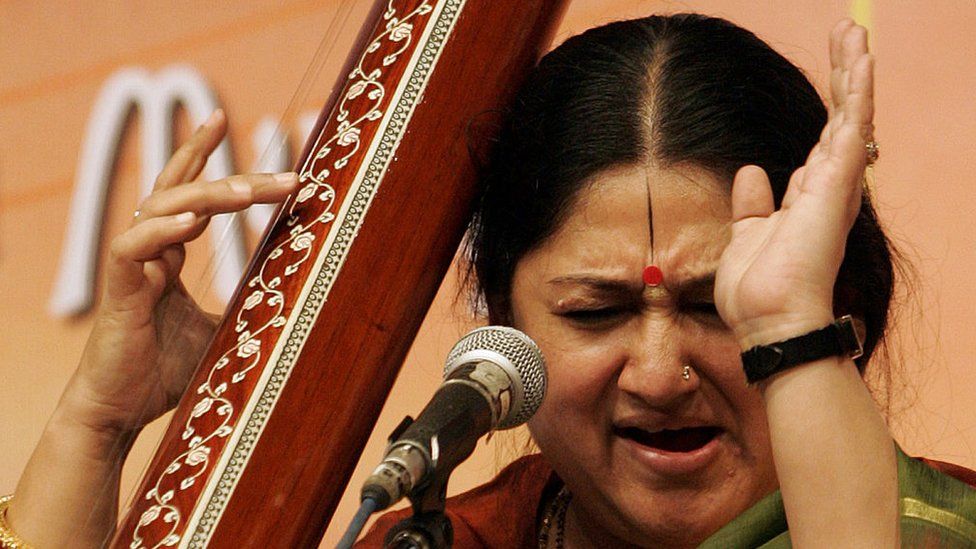 "Like most relationships, the guru-shishya relationship is grounded in a power imbalance, but here, crucially, the inequality is celebrated," he wrote in the Indian Express newspaper recently after allegations against the Gundechas emerged

. "No doubt there will be claims that I seek to destroy something ancient. But a storied past must never be a defence against criticism." Both Krishna and Bhagwat argue that there's a need to humanise the guru, and treat him like an expert in his field, rather than a god who can do no wrong. "In the wake of the recent accusations, has anyone even thought of contacting the institutions - and there must be hundreds of them in the country - to do an audit on whether they have a valid internal compliance committee already in place?" said Shubha Mudgal, a popular vocalist whose repertoire includes classical and Indie-pop music. image copyrightGetty Images image captionMudgal is among the few musicians to speak out in support of the survivors Bhagwat, Krishna and Mudgal are rare exceptions in a fraternity that has largely remained silent. And many also wonder how much of an impact the allegations will have on the careers of the two remaining Gundecha brothers. Akhilesh Gundecha, for instance, was invited to perform at the prestigious Tansen Samaroh 2020 festival, before being dropped following a social media backlash. The students who spoke to the BBC said a lack of faith in the Indian judiciary's ability to deliver justice was a key reason why they were not pursuing a legal course. Their future course of action is unclear, particularly because most have now left India. Most of the women said they wanted some closure from the investigating committee's findings, along with a public apology from the Gundechas. But that has not happened yet. Rachel said she saw no point in the investigation if its findings couldn't be made public. She said what continued to hurt is that her experience also spelled the end of her relationship with Dhrupad. "I have my tanpura [an Indian musical instrument] in the living room right now and it's going to be sold," she said. "I unfortunately can't sing without having flashbacks." media captionHas #MeToo changed Bollywood?
We use cookies to ensure that we give you the best experience on our website. If you continue to use this site we will assume that you are happy with it. Ok